the making of Sew Speedy quilt

Earlier this year, Christopher Thompson, (aka The Tattooed Quilter) asked if I would make a mini quilt using solids and near solids that complimented his first fabric collection, Blue Carolina. The package of fabrics arrived and I’ll admit that at first I had a difficult time trying to decide what to make. The color palette was not something I would normally select. Being a designer is all about problem solving, so that’s exactly how I approached the project. After brainstorming and sketching, I decided to go with a new design, inspired by sewing. I named it (not so creatively) Needle Up and Down.

This summer, I decided to take a closer look at the design and make some modifications to this foundation paper pieced pattern, including altering the size and adding additional needles to show more movement. I made the pattern easy to make using a strip roll (also known as a Jelly Roll). I also renamed the quilt Sew Speedy. I made a prototype as I wrote the pattern. 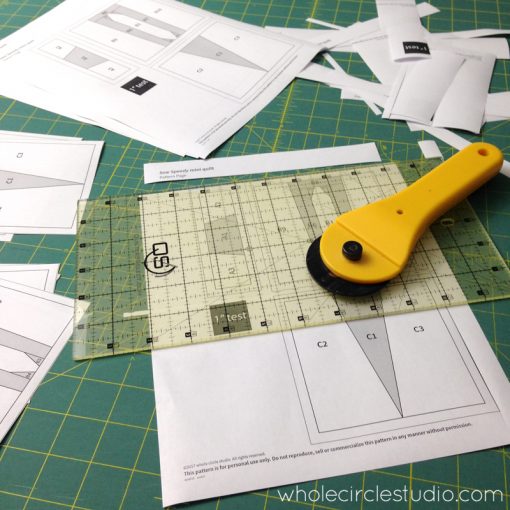 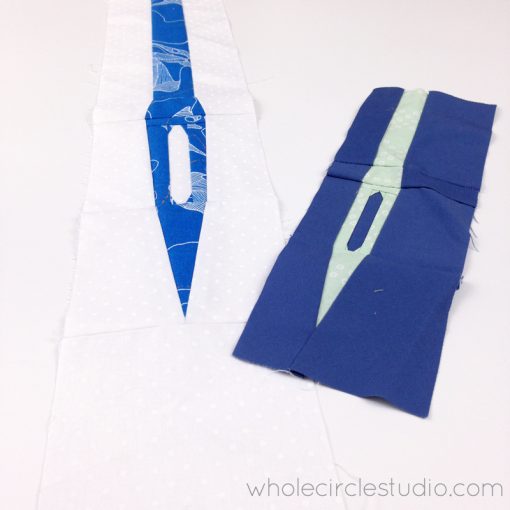 As you can see, my first complete Sew Speedy sample is basted but not quite quilted yet: 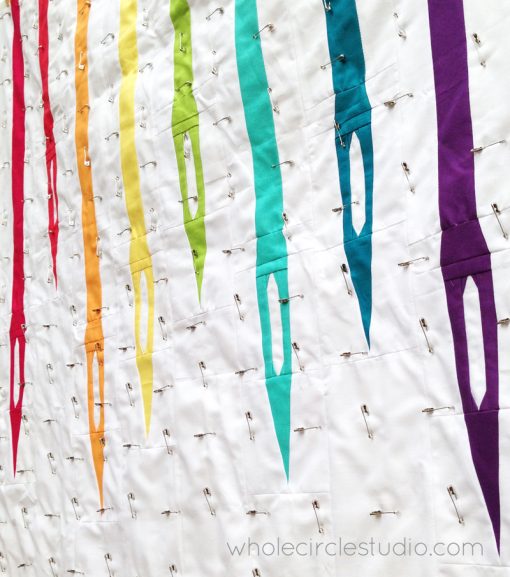 A couple of weeks later, I was approached by QT Fabrics. They had a new collection, entitled Ombre Stitches and wanted to know if I was interested in working with it. My Sew Speedy pattern was a perfect fit, especially since they were offering this collection as a strip roll.

When the fabric arrived, I first selected which 8 colors I wanted to be the needles and used a subtle white on white dot print for the background. 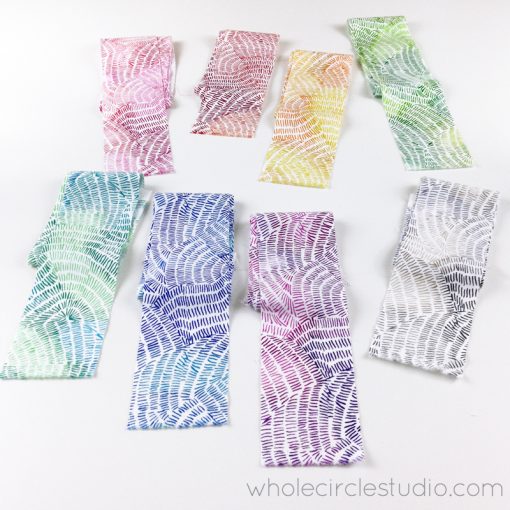 and then came the piecing and quilting! 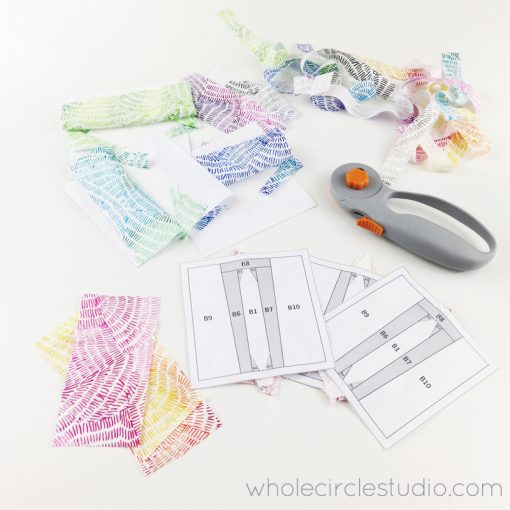 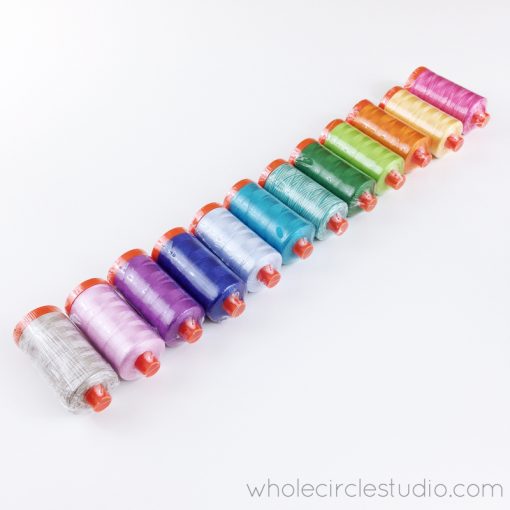 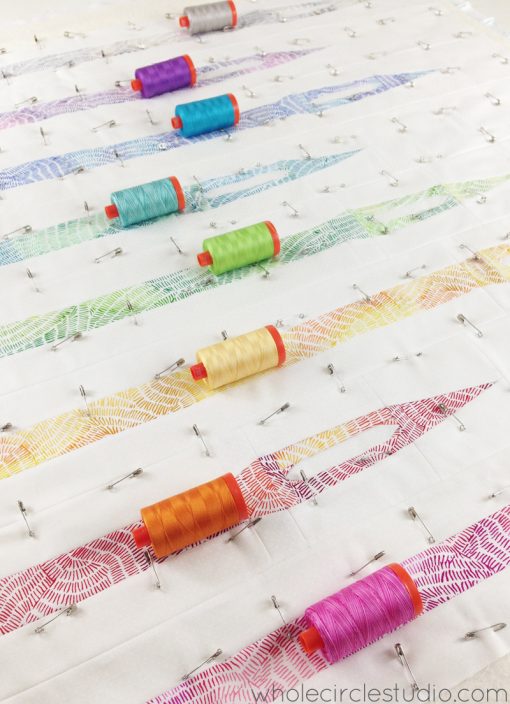 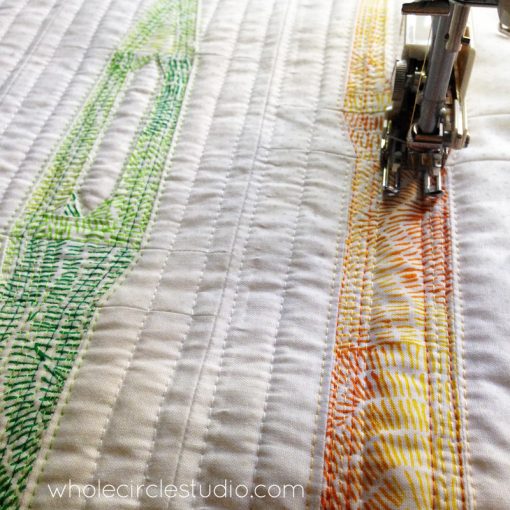 Leftovers from the pre-cut 2.5″ strips made for the perfect scrappy binding. 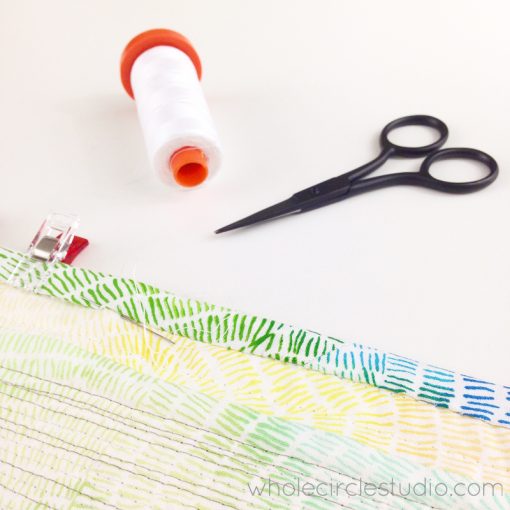 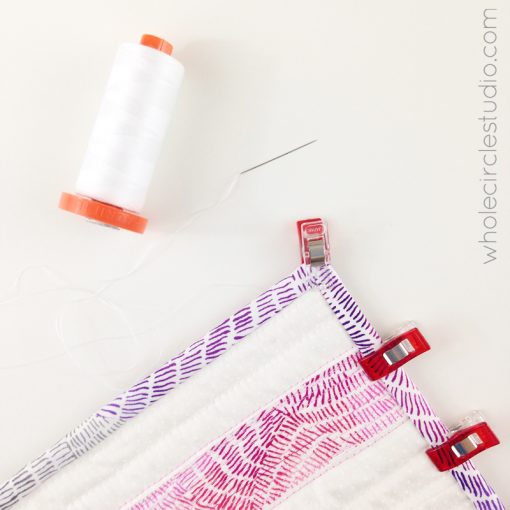 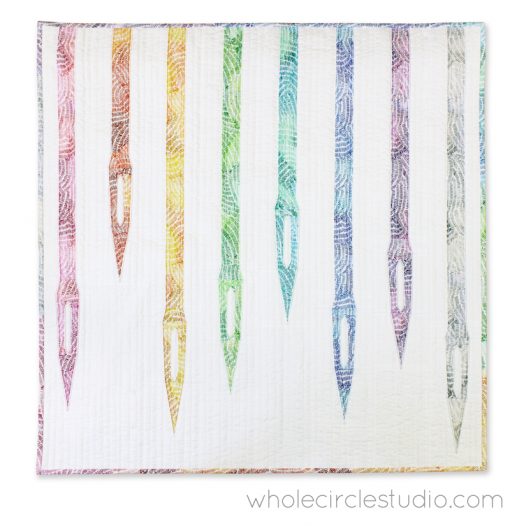 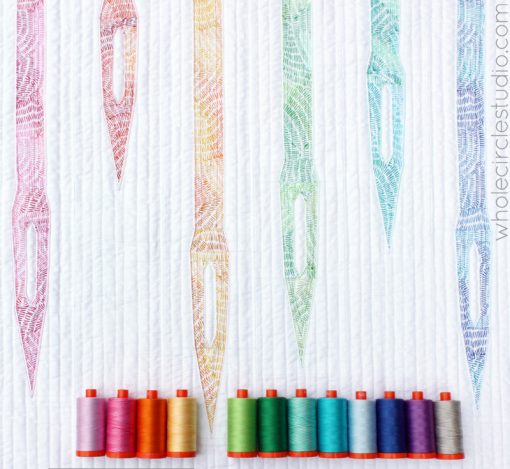 Many thanks to Laura McDowell Hopper (@sonicstitches) for testing this pattern. Here is a detail shot of her Sew Speedy.

Sew Speedy isn’t just for a rainbow palette. Check out a sample I have in the works using Cotton + Steel basics. 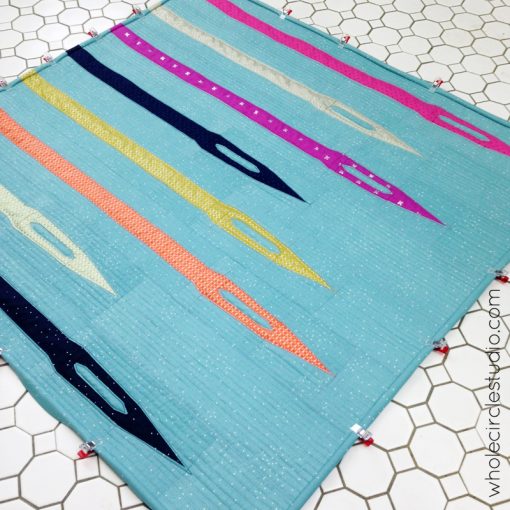 Want to make your own Sew Speedy? Get the pattern here! 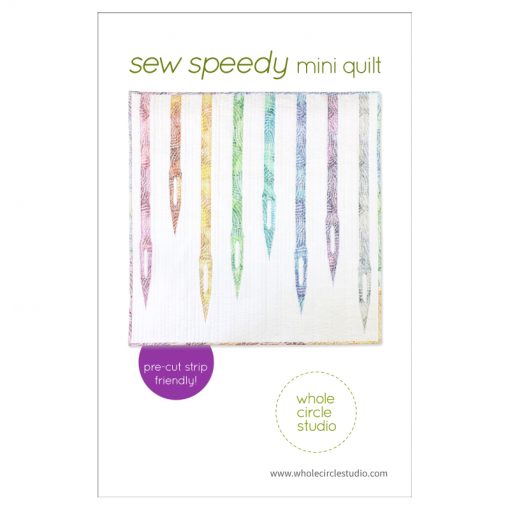 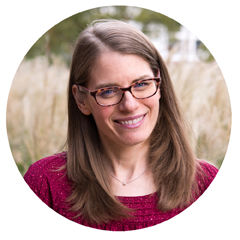 In this blog, I share what's happening behind the scenes in the studio, things that inspire me and quilting tips & tricks. Enjoy!

take a workshop with me 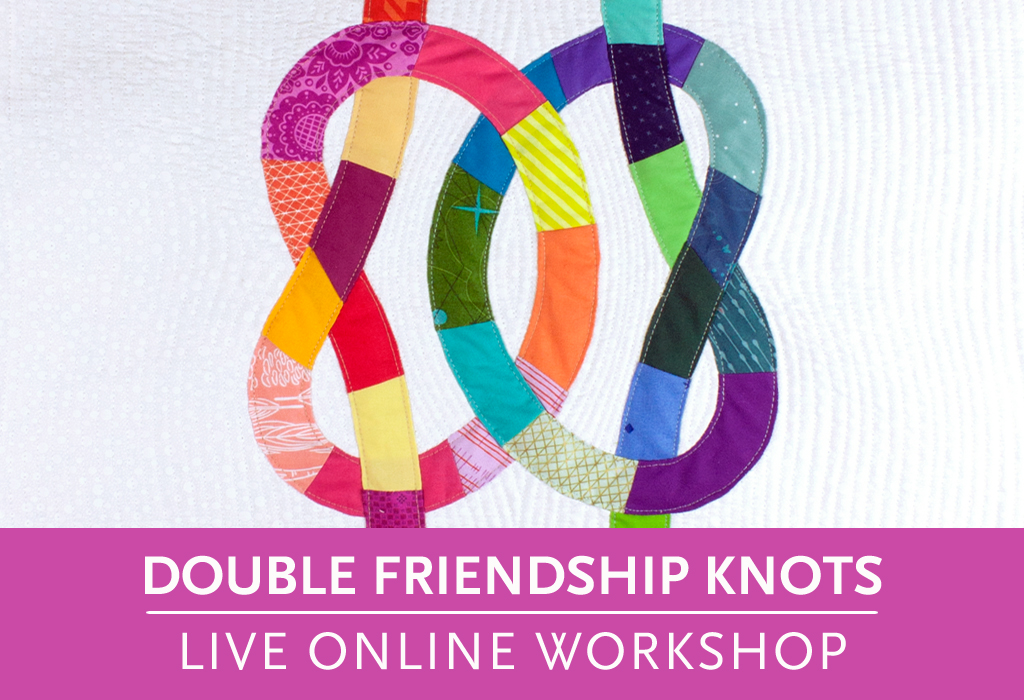 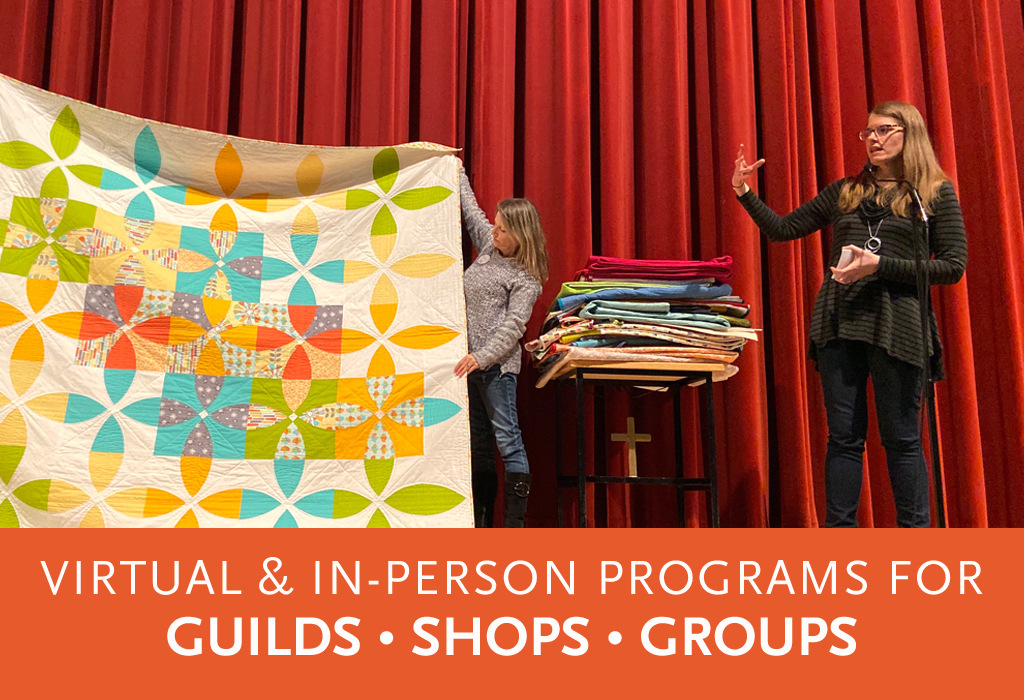 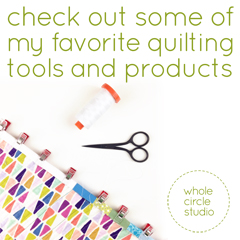 
Sign up for my newsletter, Three Things Thursday, to get quilting tips, exclusive discounts, studio updates, and more. You’ll also get access to my library of FREE video tutorials + patterns.